On August 10, 2013 D.J. Wagner Heating & Air Conditioning, Inc. hosted one of their infamous Horseshoe Tournaments. These tournaments have a deeply rooted history. They started 25 years ago with six people and some hamburgers. In 2013, the tournament spread over three backyards with almost 40 teams and about 200 people who attended the event. 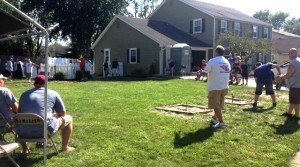 The tournament is not only for those playing but it also brings the D.J. Wagner Heating & Air Conditioning, Inc. employees together for a company picnic and cheer on their co-workers playing in the tournament.  It is a great day to spend with family and friends. The Mystery Machine, an amazing live band rocked the party this year. They had everyone up and dancing all evening long. 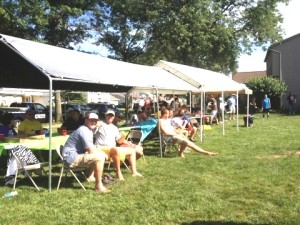 This year’s donations went towards a past employee of D.J. Wagner Heating&Air Conditioning, Inc., Jim Berwick. Jim passed away after a long battle with cancer. Jim was not only an employee; he was the champion of the tournament two short years ago. 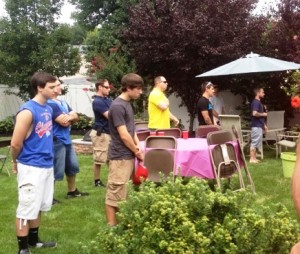 Following tradition, every year the tournament starts with the National Anthem!